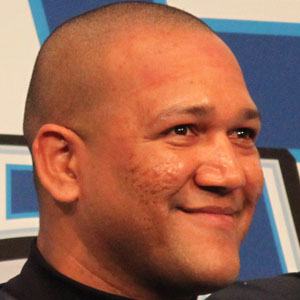 Venezuelan outfielder in the MLB as well as Nippon Professional Baseball, the first foreign-born player to get 2,000 hits while playing in NPB.

He was the Cleveland Indians Minor League Player of the Year in 1998.

He set the Japanese Central League record for most base hits in a single season with 204, which he accomplished in 2007.

He and his wife started a restaurant in Japan called Ramichan Cafe.

He was teammates with pitcher Jaret Wright on the Cleveland Indians.

Alex Ramirez Is A Member Of