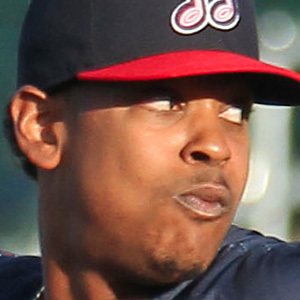 American baseball player who is best known for being a member of the St. Louis Cardinals. He is a pitcher.

He was named as the top Cardinals prospect in 2016.

He has accrued over 40,000 followers to his Instagram page. He was the Minor League Pitcher of the Year for the Cardinals in 2015.

He is a popular baseball player in the same vein as Aaron Judge.

Alex Reyes Is A Member Of