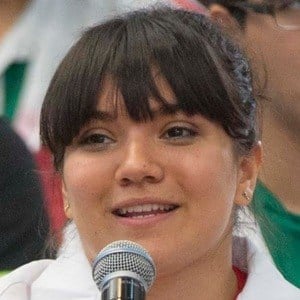 She started competing at a national level in 2010 at the Pacific Rim Championships.

She made headline news for being body shamed on social media following the 2016 Olympics, despite only weighing 99 pounds.

She was born Alexa Citali Moreno Medina in Mexicali, Mexico.

She competed against Simone Biles at the 2016 Olympics in Rio.

Alexa Moreno Is A Member Of