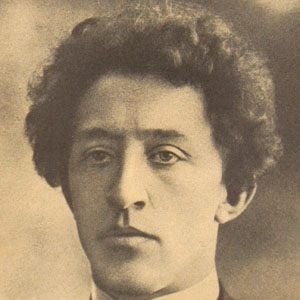 Acclaimed Russian Symbolist and lyric poet and playwright whose poetry collections include The City, Faina, and The Mask of Snow. He was one of the key figures in Russian poetry's Silver Age.

In a 1918 poem titled "The Twelve," he discussed his impressions of the Russian Revolution.

He married Lyubov Dmitrievna Mendeleeva in 1903. His father was a professor of law in Warsaw.

He and scientist Ivan Pavlov both studied in Saint Petersburg.

Alexander Blok Is A Member Of