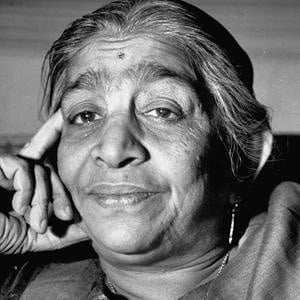 Indian independence activist and poet who is remembered for such poetry collections as The Golden Threshold and The Broken Wing. Her most famous individual poems include "In the Bazaars of Hyderabad" and "The Snake-Charmer."

A child prodigy, she was encouraged by her father to become a scientist or a mathematician; however, she chose to focus on poetry instead.

She was beloved in her native India and was known widely as "The Nightingale of India."

She had five children with her husband, Dr. Muthyala Govindarajulu.

She was an admirer of Mahatma Gandhi .

Sarojini Naidu Is A Member Of