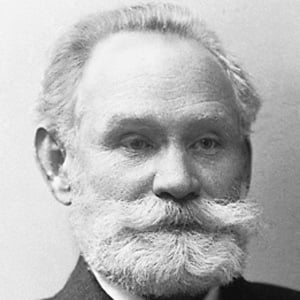 Russian scientist who studied conditioned response in organisms, most famously by making his dog salivate every time he rang a bell. He won the Nobel Prize for Physiology or Medicine in 1904 for his research into the physiology of digestion.

Originally he was studying at an Ecclesiastical Seminary, but transferred to the University of Saint Petersburg.

While his contributions to psychology are immense, he considered himself anything but a psychologist, and even disliked the field.

Bertrand Russell was a supporter of his philosophy of mind.

Ivan Pavlov Is A Member Of