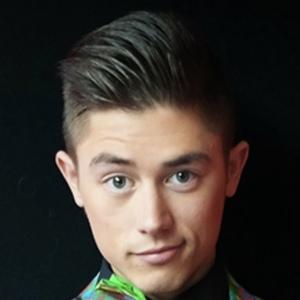 YouTuber and television host best known as one member of the popular mixed-genre Rackartygarna YouTube channel. There he has become known for videos about pranks, free running, comedy, and much more. He also has his own self-titled YouTube channel and has appeared as a host on the children's television series Sommarlov and Barnkanalen.

He began his career learning gymnastics at eight years old. By twelve, he was making videos and posting them to the internet. Eventually he attended college studying film and television.

He is half-Japanese, as his father emigrated from Japan.

He competed against Marie Serneholt and Ingmar Stenmark in Let's Dance 2015.

Alexander Hermansson Is A Member Of