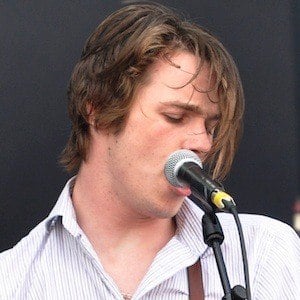 English bassist who goes by the name Chilli. He's known for being one of the founders of the band Palma Violets, whose debut album peaked at number 11 in the UK.

He and fellow band member Sam Fryer started out trying to be talent agents, with admittedly very little idea of what they were doing, prior to forming the band.

The band's first manager, Milo, was a friend of Jesson's dad.

His parents, who he's described as hippies, gave him the nickname "Chilli."

The band has gained attention from several famous musicians, including Nick Cave.

Alexander Jesson Is A Member Of