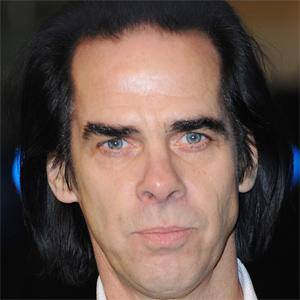 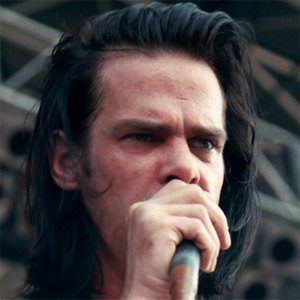 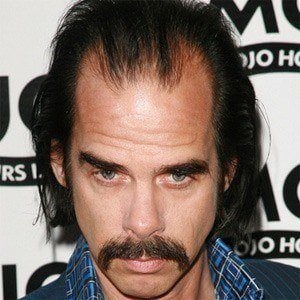 Composer and musician best known as the frontman of Nick Cave and The Bad Seeds. He is also a writer and is the author of The Ass and the Angel. He has been inducted into the ARIA Hall of Fame.

He attended the Caulfield Institute of Technology before dropping out to devote his life to music. His first band, The Birthday Party, was a frontrunner in the Australian post-punk scene.

He has won more than twenty awards from prestigious groups such as the ARIA Awards, the MOJO Awards, and Q magazine.

He was married to Viviane Carneiro from 1990 to 1996. He married Susie Bick in November 1999. He raised four sons named Jethro, Luke, Arthur and Earl. Arthur died at the age of 15 after falling from a cliff.

He has collaborated with thousands of celebrated musicians, including Shane MacGowan, with whom Cave performed Bob Dylan's song "Death is Not the End."

Nick Cave Is A Member Of