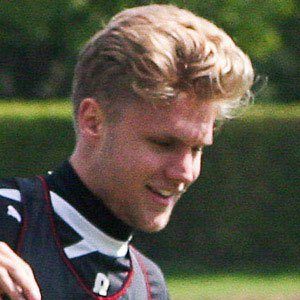 Midfielder who joined Udinese in 2013 after spending two years with Genoa.

He began his youth career with JSG Westerwald, then continued it with VfB Stuttgart in 2003.

He debuted professionally with AC Milan in 2010, appearing in 8 matches during his tenure with the team.

He was born in Pervomayskiy, Kazakhstan.

He and Thiago Silva were teammates on AC Milan.

Alexander Merkel Is A Member Of