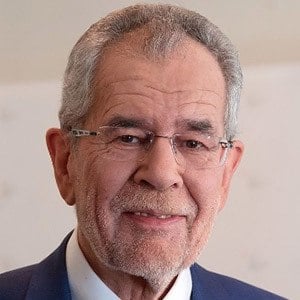 Politician who began serving as the President of Austria in January 2017. He is a member of the Austrian Green Party and a self-described centrist liberal who has been supportive of the European Union.

He graduated from the grammar school Akademisches Gymnasium Innsbruck in 1962.

He is the first green politician ever to be elected as president of a European Union country.

He married Doris Schmidauer in 2015. He has two sons.

He succeeded Heinz Fischer as the President of Austria.

Alexander Van der Bellen Is A Member Of