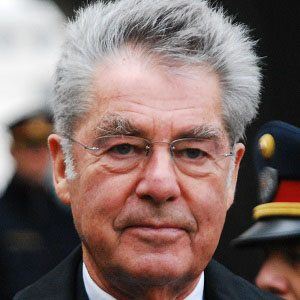 He spent his early childhood years as a resident of Nazi-occupied Austria. Over a decade after the conclusion of World War II, he received his law degree from the University of Vienna and went on to serve on the Austrian National Council (parliament).

He taught in the political science department of the University of Innsbruck.

His marriage to Margit Binder resulted in children named Philip and Lisa.

A decade apart, Fischer and Kurt Waldheim both held the office of President of Austria.

Heinz Fischer Is A Member Of