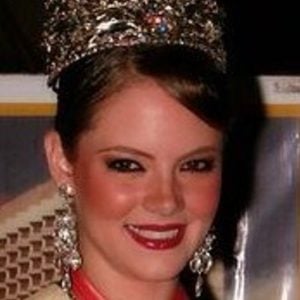 Movie actress and pageant queen who won four Best Actress awards for Uma including the London Film Festival in 2017.

She won the 2005 edition of Miss Earth. She was then runner-up at Miss Venezuela that same year.

Her first film role was as Miss Amazonas in Puras Joyitas in May 2017. She has over 340,000 followers on her alexandrabraunoficial Instagram account.

Her sister is Karina Braun Waldeck.

She and Maira Alexandra Rodriguez both competed in Miss Earth Venezuela.

Alexandra Braun Is A Member Of