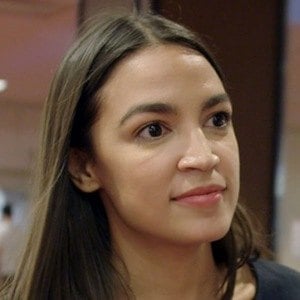 American politician and activist who became the U.S. Representative for New York's 14th congressional district in 2019. She is a member of the Democratic party and she is widely known as AOC.

She earned degrees in Economics and International Relations at Boston University.

Upon her induction into the House of Representatives, she became the youngest woman to ever serve in the U.S. Congress at the age of 29.  In October of 2020, she played Among Us on Twitch and she had over 400,000 viewers.

She was born in the Bronx to two working-class parents of Puerto Rican descent, Blanca Ocasio-Cortez and Sergio Ocasio.  She began a relationship with Riley Roberts in 2014. In May 2022, the couple announced their engagement.

She served as an intern at the U.S. Immigration Office under former Senator Ted Kennedy.

Alexandria Ocasio-Cortez Is A Member Of