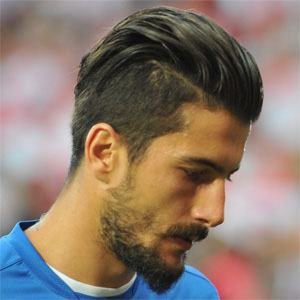 Defensive midfielder who joined PAOK in 2013 after previously playing for such teams as Siena, Racing Santander and Monaco. He became a member of the Greek national team in 2005.

He debuted professionally for Panionios in 2002.

He was born in Katerini, Greece.

He and Traianos Dellas were teammates on the Greek national team from 2005 to 2009.

Alexandros Tziolis Is A Member Of