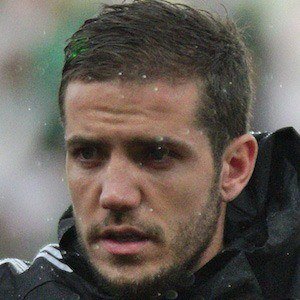 Romanian international forward known for his play with Steaua Bucuresti of the Romanian Liga I. In 2012-2013, his second year with the team, he helped lead them to a Liga I title as well as the Round of 16 in the UEFA Europa League.

He grew up playing for CF Braila and Sporting Pitesti before making his senior debut in 2006 with FC Brasov.

After playing for the U17 and U19 sides, he made his Romanian senior team debut in 2011.

He and wife Andreea have a daughter named Medeea. He also has a sister named Bianca.

He and Fernando Varela have played together on Steaua.

Alexandru Chipciu Is A Member Of