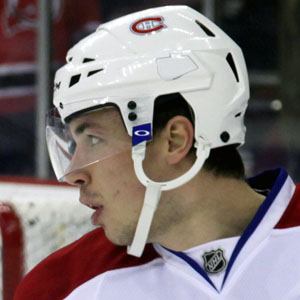 Defenseman who made his NHL debut in 2011 with the Montreal Canadiens and played internationally for Russia.

He played for HC Lada Togliatti in the Russian Superleague.

He played for Ak Bars Kazan in the Russian Superleague.

He was born in Tolyatti, which at the time was part of the Soviet Union.

He joined left winger Max Pacioretty on the Canadiens in 2011.

Alexei Emelin Is A Member Of