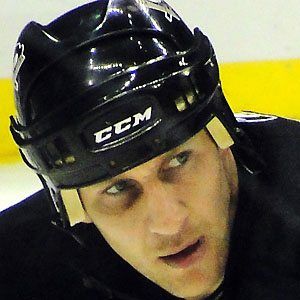 NHL right winger who played in over 1,300 games across 18 seasons, winning the Stanley Cup in 1994 with the New York Rangers.

He was drafted 15th overall by the New York Rangers in 1991.

He was the first Russian-born player to be drafted in the first round, and one of the first to have his name on the Stanley Cup.

He married Eugenia Kovalev in 2001.

He played on the Pittsburgh Pirates alongside Jaromir Jagr from 1998 to 2001.

Alexei Kovalev Is A Member Of