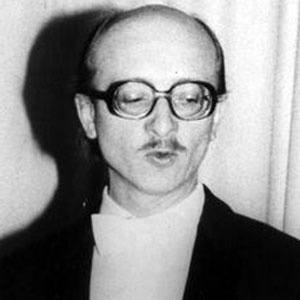 Known for his skills as a fortepianist and a harpsichordist. The Soviet Union resented his affection for Western composers.

He was a student under Heinrich Neuhaus and Lew Naumov at the Moscow Conservatory.

He founded the Moscow Baroque Quartet, the Moscow Chamber Academy, and the music festival Alternativa.

His family named him Alexey Borisovich Lyubimov at birth.

He recorded the complete sonatas of Wolfgang Amadeus Mozart.

Alexei Lubimov Is A Member Of