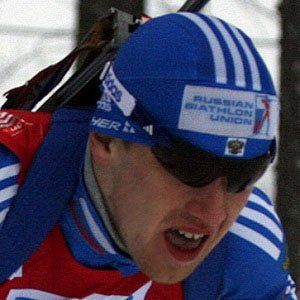 Biathlete who won a gold medal in the relay at the 2014 Winter Olympics in his home country.

He also competed in the individual biathlon at the 2014 Olympics, but he finished 64th.

He was teammates with Anton Shipulin on the gold-medal winning team at the 2014 Olympics.

Alexey Volkov Is A Member Of