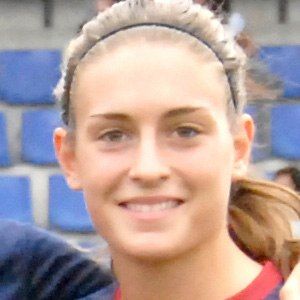 Spanish midfielder who has won multiple Copa de la Reina de Fútbol and Primera División titles while playing for FC Barcelona. Internationally, she won two UEFA Women's Under-17 Championships and was picked for the Spanish squad at the 2015 FIFA Women's World Cup.

She was born in Mollet del Vallès in southeast Spain. She played on the CE Sabadell, FC Barcelona and RCD Espanyol youth teams before making her senior debut with RCD Espanyol in 2010.

She scored a goal in the final of the 2013 Copa de la Reina which made national headlines and earned her the tournament's MVP award.

Her sister Alba is a model.

She was teammates with Veronica Boquete at UEFA Women's Euro 2013.

Alexia Putellas Is A Member Of