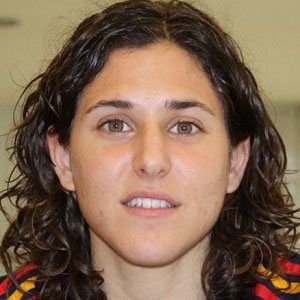 Spanish midfielder and striker who debuted with the Spanish national team in 2005. She became a member of Bayern Munich in 2015.

She began her professional career with Prainsa Zaragoza in 2005, scoring 40 goals in 83 appearances with the club.

She released an autobiography titled Vero Boquete, the Princess of the King Sport in 2013.

She was born in Santiago de Compostela, Galicia, Spain.

She and Brazilian star Marta were teammates on Tyresö FF from 2012 to 2014.

Verónica Boquete Is A Member Of