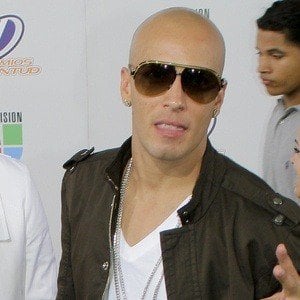 Musician and one half of the Latin Grammy nominated reggaeton duo Alexis & Fido (aka Los Pitbulls) who went viral with their hit "El Palo." He and Fido are also CEOs and co-founders of Wild Dogz Music.

He met Fido as a teenager, they were also close friends with musical duo Wisin & Yandel.

He and Fido were nominated for two Latin Grammy Awards for their song "Soy Igual Que Tu" as well as Best Urban Music Album for their album Sobrenatural.

He was born Raul Alexis Ortiz, but goes by Alexis as his stage name. He married Evelyn Montilla and they have a daughter together. He was previously married to TV presenter Gredmarie Colón.

He and Fido appeared in the reggaeton drama Feel the Noise, which starred rapper Omarion.

Alexis Is A Member Of