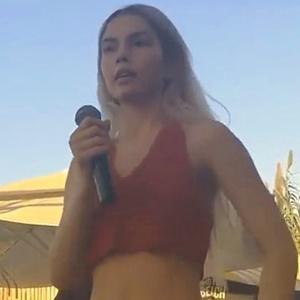 Turkish singer and songwriter who has made appearances on television and worked with top producers as a high school student.

She has been singing since she was 3 years old, and made her first television appearance when she was only 8.

In addition to music, she enjoys volleyball, theater and dance.

She has a younger sister named Ayca.

Aleyna Tilki Is A Member Of