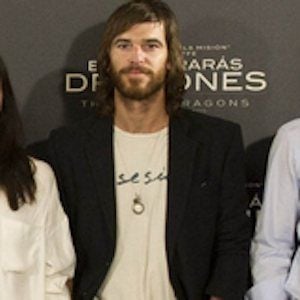 Spanish actor who is best known for his roles as Francisco I in Carlos, Rey Emperador and as Diego Tudela in Love in Difficult Times. He also played Guillermo in the TV series Cities.

One of his earliest roles was as José in the 2002 TV series Un paso adelante.

He is the step-brother of fellow actor Manuel Baqueiro.

He has acted alongside Álvaro Cervantes in Carlos, Rey Emperador.

Alfonso Bassave Is A Member Of