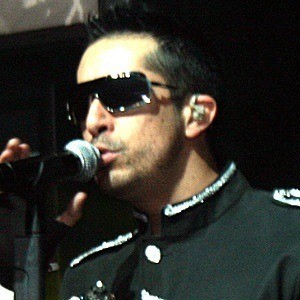 Mexican vocalist best known for his time as the lead singer of the eclectic electronic music group Moenia. In 2009, he released his debut solo album, Equivocal.

He became friends with the other members of Moenia as a high school student in the mid-80's. The band was formed in 1991.

He was temporarily replaced as the singer of Moenia bu Juan Carlos Lozano, who sang with the band from 1995 to 1998.

He was previously married to model Victoria Gonzalez. He is the son of politician Ignacio Pichardo.

Alfonso Pichardo Is A Member Of