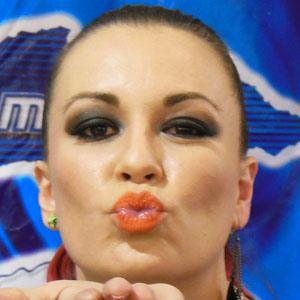 Ballet and flamenco dancer best known as a member of the popular 1990s group Kabah. She later went on to have a successful solo career.

She was a friend and neighbor of the founders of Kabah, Federica Tapia and her brother André.

After starting her solo work, she was nominated for a Mexican Grammy and posed in the country's version of Maxim Magazine.

She grew up in Mexico City, Mexico.

She toured with Gwen Stefani in Mexico.

María José Is A Member Of