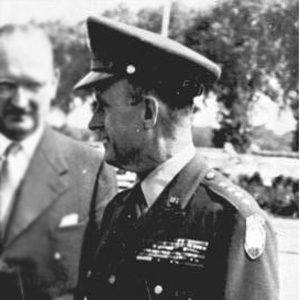 He spent his early military years teaching at West Point.

He became, at age fifty-three, the youngest four-star general in U.S. Army history.

He married Grace Crum. The couple had two sons, both of whom became U.S. Army officers.

He and William Hoge were both important army generals during World War II.

Alfred Gruenther Is A Member Of