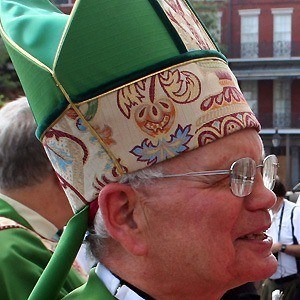 American prelate of the Roman Catholic Church who served as the 13th Archbishop of New Orleans from 2002 to 2009.

He received a Bachelor's in philosophy from St. John;s Seminary College in 1954.

Hurricane Katrina drove away nearly a quarter of his archdiocese's former members and left it with nearly $300 million in physical damage.

His younger brother, Kenneth, is a Jesuit priest.

He was appointed the new Archbishop of New Orleans by Pope John Paul II in 2002.

Alfred Clifton Hughes Is A Member Of