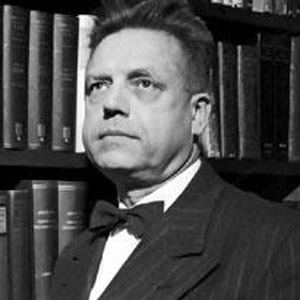 He suffered from curvature of the spine, a condition that saved him from being drafted during World War I.

He developed the revolutionary Kinsey Scale, which measures an individual's sexual orientation on a range from 0 to 6, where 0 is exclusively heterosexual and 6 is exclusively homosexual. He is the subject of the 2004 film Kinsey, where he is played by Liam Neeson.

He married Clara Bracken McMillen in 1921; together, they had four children.

He and Frankie Valli were both natives of New Jersey.

Alfred Kinsey Is A Member Of