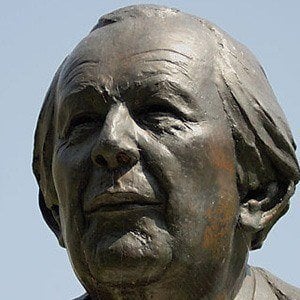 Swiss psychologist who is best known for studying the thought processes of children. The discipline of Genetic Epistemology, which attempts to explain the historical basis and psychological origins of scientific knowledge, was established by him.

He learned a lot about the cognition of children and adults while marking intelligence tests.

He was the Director of the International Bureau of Education and he believed that a better education system had the potential to save society from collapse.

He had a son named Laurent, and two daughters named Jacqueline and Lucienne.

His ideas have often been discussed in relation to Sigmund Freud.

Jean Piaget Is A Member Of