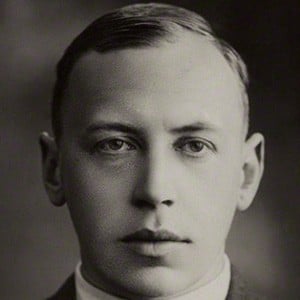 British poet, author, and professor who is remembered for his ballad poem, "The Highwayman." His other well-known works include "The Barrel-Organ" and The Torch-Bearers.

He studied at Exeter College, Oxford, but did not receive his degree because his final examinations fell on the day he had a meeting with the publisher of his first poetry collection, The Loom of Years.

His poor eyesight kept him from combat during World War I. He served his country, instead, by assisting with war-time propaganda and by writing poems with patriotic themes.

He married Garnett Daniels, the American daughter of a Civil War soldier, in 1907. After her death, he married Mary Angela Mayne, with whom he had three children.

During his time as a Princeton University professor, he taught novelist F. Scott Fitzgerald.

Alfred Noyes Is A Member Of