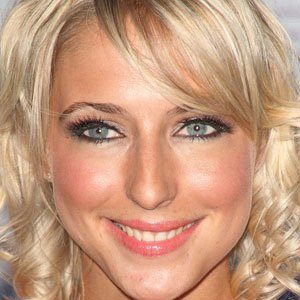 British screen actress best known for her role as Becca Dean on the popular soap opera Hollyoaks. She also played the role of Sally Armstrong in ITV's The Bill.

She began her acting training at the age of ten at the Redroofs Theatre School in Maidenhead, England.

She competed on The Weakest Link during the reality series' "celebrity couples" episode.

She grew up with a younger brother named Nicholas.

She and film actress Kate Winslet both attended the Redroofs Theatre School.

Ali Bastian Is A Member Of