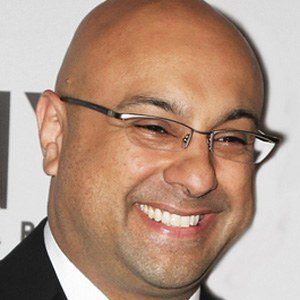 Host of the show Real Money with Ali Velshi on Al Jazeera America, he has previously worked with CNN most notably as a Chief Business Correspondent and anchor for Your Money.

He started his broadcast journalism career in Toronto as a reporter for a local Toronto station. He would move up to be the host of Canada's first prime time business news hour called The Business News.

He has reported for notable shows such as Anderson Cooper 360, American Morning, and The Situation Room.

His second wife is Lori Wachs whom he met while on his show.

He has appeared on The Daily Show with Jon Stewart.

Ali Velshi Is A Member Of