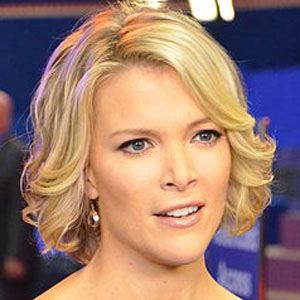 Fox News host known for her work on America Live and America's Newsroom. She hosted The Kelly File from 9 to 10 p.m. EST on weekdays. She began hosting Megyn Kelly Today on NBC in 2017.

She played field hockey, basketball, and was a cheerleader in high school.

She practiced law for nearly a decade before finding success in broadcast journalism.

She married her second husband, Douglas Brunt, in 2008. The couple has a pair of sons named Edward and Thatcher and a daughter named Yardley.

She was a regular guest on Bill O'Reilly's show The O'Reilly Factor.

Megyn Kelly Is A Member Of