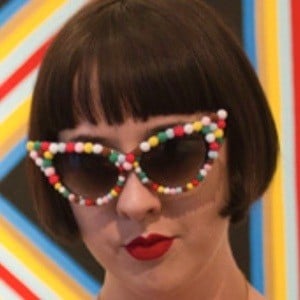 Pop artist and illustrator who is known for her eclectic and idiosyncratic vintage style. She has worked on canvass, in film, and in fashion design, including for Anna Sui.

She graduated from the Otis College of Art & Design. She grew up wanting to be a cartoonist, fashion designer, and traditional artist, and this diversity of interest led to her career as a pop artist.

In September 2011, she was profiled by LA Weekly. She has also been featured in Coveteur and Urban Outfitters' blog during their Studio Visits series.

She grew up in Topanga Canyon with her mother and father.

Alia Penner Is A Member Of