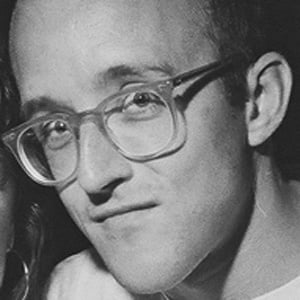 Internationally acclaimed pop and graffiti artist best known for his "Tuttomondo" mural and his "Boxer" sculpture. He toyed with such concepts as birth, death, war, and sexuality in his work and often invoked political imagery.

He dropped out of Pittsburgh's Ivy School of Professional Art and moved to New York, where he began sketching chalk figures of dogs in subway stations.

He was diagnosed with AIDS in 1988 and died two years later.

His father, Allen Haring, worked as a cartoonist. His life was commemorated by Madonna during her first New York performance of the Blond Ambition World Tour.

He collaborated with Andy Warhol, another renowned pop artist of the time.

Keith Haring Is A Member Of