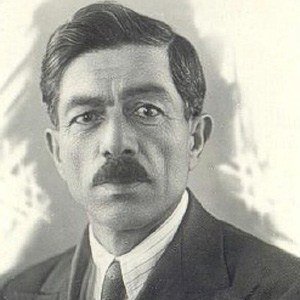 Azerbaijani poet best known for his 1938 collection Mollaxana and for his medieval-style ghazal poetry. His individual poems include "Elevate, my angel" and "What Does the School Mean."

He joined the Mejmeush-Shuara literary society as a young man and began writing lyrical poems.

He founded Meykhana, a literary movement that popularized the ghazal and modernized the medieval poetic form.

He was born into a carpenter's family in Baku, Azerbaijan.

He was awarded the title of Honored Artist of the Azerbaijan SSR, an honor that was also bestowed upon Mirza Babayev.

Aliagha Vahid Is A Member Of