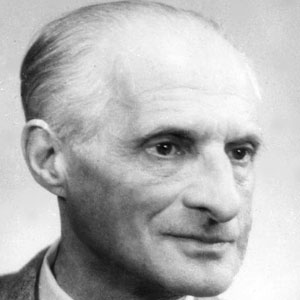 Twentieth-century poet, children's author, and Polish Academy of Literature Golden Laurel recipient. His poetry collections include Words in Blood, A Burning Matter, The Seventh Autumn, and A Gypsy Bible.

He was born into a middle-class Jewish family in Lodz and was later forced to leave his homeland as a result of the Nazi occupation of Poland.

He was a co-founder of Skamander, an important experimental poetry group.

He adopted a child with his wife Stefania Tuwimowa.

He was the nephew of pianist Arthur Rubinstein.

Julian Tuwim Is A Member Of