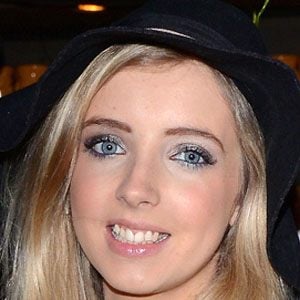 Most famous for playing Rae Wilson on the popular English soap opera Hollyoaks, this screen actress also appeared in episodes of the situation comedy Benidorm and the medical series Casualty.

After becoming the champion of a United Kingdom talent competition called Festival4Stars, she debuted on Hollyoaks at the age of eighteen.

She participated in the 2013 edition of The Voice UK, but was defeated in the competition's early rounds.

A native of Macclesfield, Cheshire, England, she attended The Fallibroome Academy.

She and Kieron Richardson made up two thirds of one of Hollyoaks' most famous love triangles. (The other member of the triangle was the character played by Emmett J. Scanlan).

Alice Barlow Is A Member Of