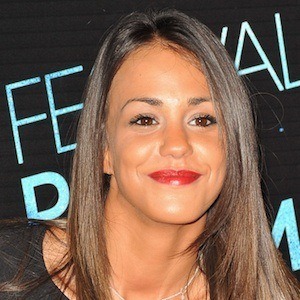 Actress who has made a name for herself through her performances in such French films as Flowers of Evil (2010), Hôtel Normandy (2013) and If I Were a Boy (2017). In 2012, she began playing Sophie on the Canal+ comedy series WorkinGirls.

She began appearing in local French theater productions at age 7 and studied acting at the Theatre Du Chene Noir.

She is an accomplished theater actress who won the Molière Award for Best Female Newcomer for her performance in Confidences à Allah.

She is the youngest of three children born to a French mother and Algerian father.

She appeared with Romain Duris in the crime comedy Odd Job (2016).

Alice Belaidi Is A Member Of