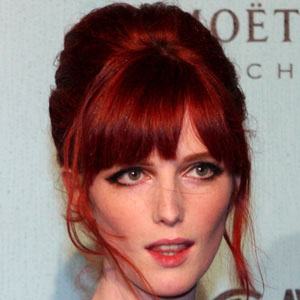 Best known as the winner of the Spring, 2007 season of Australia's Next Top Model, this six-foot-tall fashion model appeared in runway shows for such designers as Giorgio Armani, Ralph Rucci, and Philipp Plein.

Her Australia's Next Top Model win earned her a contract with Priscilla's Model Management and a high-profile photo spread in Vogue Australia.

From 2008 to 2010, she took a break from modeling to enroll in psychology courses at the Royal Melbourne Institute of Technology.

She grew up in Melbourne, Victoria, Australia. Prior to pursuing a career as a model, she worked for an Australian telecommunications company called Telstra Corporation Limited.

She and her friend and Australian contemporary, Abbey Lee Kershaw, both had successful careers as models.

Alice Burdeu Is A Member Of