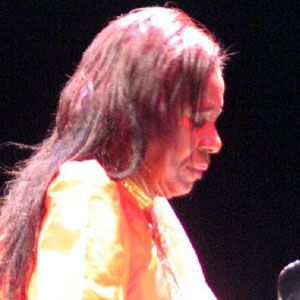 One of the only harpists in jazz history. She was popular in the 1960s and 1970s, but experienced a resurgence in the 1990s.

She was employed in 1960 as the intermission pianist at the Blue Note Club.

She was deeply involved with the teachings of Indian guru Sathya Sai Baba and founded the Vedantic Center in 1975 after moving to California in 1972.

She had four children: Michele, John Jr., Oranyan, and Ravi.

She was the second wife of jazz saxophonist and composer John Coltrane.

Alice Coltrane Is A Member Of