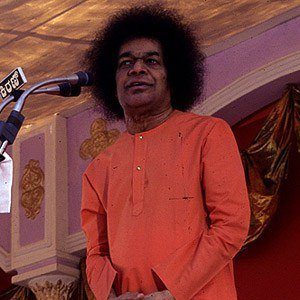 Indian guru who was known for claiming that he was the reincarnation of Sai Baba of Shirdi and as a supposed miracle worker.

His mother has claimed that his birth was by miraculous conception.

He established a free specialty hospital in Bangalore to help the poor in 2001.

He had four siblings including two brothers and two sisters.

Sathya Sai Baba Is A Member Of