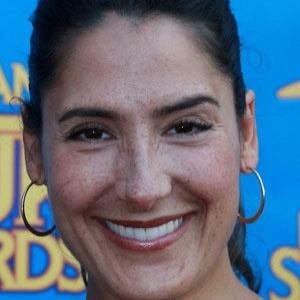 Actress who worked on the television series Trinity and played Lorna Devon on the soap opera Another World. In 2019, she began starring on CBS's Blood & Treasure as Dr. Ana Castilla.

She worked as a waitress before launching her acting career.

She had a guest role on the show 24 but none of her scenes were aired during the broadcast.

She had first daughter Mila in 2002 with husband Anthony Michael Jones.

She hosted the game show Remote Control for season four. The original host was Ken Ober.

National Treasure: Book of Secrets
We Are Your Friends
The Kitchen