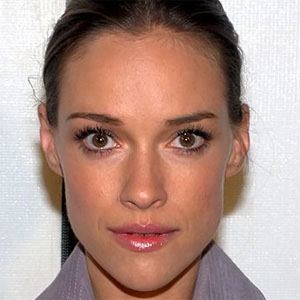 Polish-Mexican actress who has played roles in a number of films including September Eleven 1683 and Syzyfowe Prace.

She trained in acting at the Lee Strasberg Theatre and Film Institute in New York City.

She co-starred with Kevin Kline in the 2007 film Trade.

Alicja Bachleda-Curús Is A Member Of