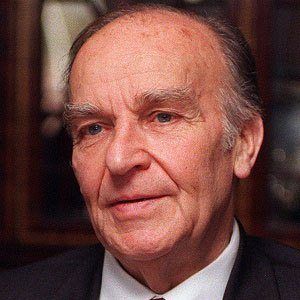 From 1990 until 1996, this Party of Democratic Action (SDA) politician served as Bosnia and Herzegovina's first Chairman of the Presidency. He continued to serve on his country's three-member Presidency until 2000.

After earning a law degree from the University of Sarajevo, he became involved with the Young Muslims organization and was eventually imprisoned for his activism.

A writer as well as a politician, he penned important works titled The Islamic Declaration (1991) and Islam Between East and West (1985).

Born in Bosanski Samac, he was the son of Bosnian Muslims Mustafa and Hiba Izetbegovic. His marriage to Halida Repovac lasted from 1949 until his death in 2003; over the course of this and three other marriages, he fathered two daughters and a politician son.

He and Macedonian President Branko Crvenkovski are both prominent Bosnia and Herzegovina-born political figures.

Alija Izetbegovic Is A Member Of

Born In 1925
Politicians
Born in Bosnia And Herzegovina
Leos