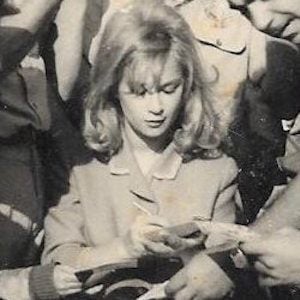 One of Greek cinema's most beloved stars who performed in 42 movies, most of which were musicals.

She studied at the National Theatre of Greece and secured her first lead role in the 1953 production of The Little Mouse.

She bravely tread into international waters in 1962 with her script, Aliki My Love, but it subsequently flopped.

Aliki Vougiouklaki Is A Member Of