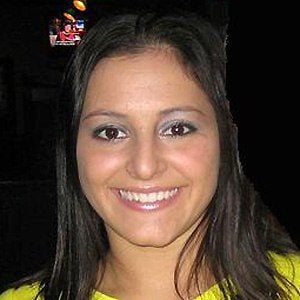 American gymnast who was the youngest U.S. gymnast ever to win an Olympic gold medal, doing so at the age of thirteen and a half.

At her first Pan Am Games, when she was ten, she won five medals.

She was on the U.S. Women's Gymnastics team known as the Magnificent Seven.

Her younger sister is fellow gymnast Jen Bricker. She married Michael Canales in 2006, and she gave birth to her daughter Carmen Noel Canales on Christmas Day 2007. Two years later, she had a son named Vincent.

She was part of the US Olympics Gymnastics team with Shannon Miller.

Dominique Moceanu Is A Member Of