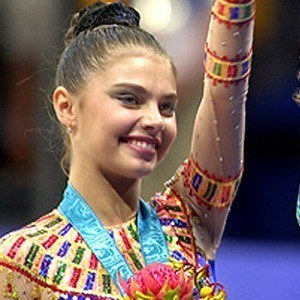 2004 Olympic gold medalist who is one of the most decorated rhythmic gymnasts in her country's history.

She set an international record by being the youngest person to win the European Championships at age 15.

She set a record in 2004 by winning her fifth European All-Around Championship.

She is the daughter of retired footballer Marat Kabayev.

She was rumored to marry former Russian president Vladimir Putin , but it was proven to be false.

Alina Kabeva Is A Member Of